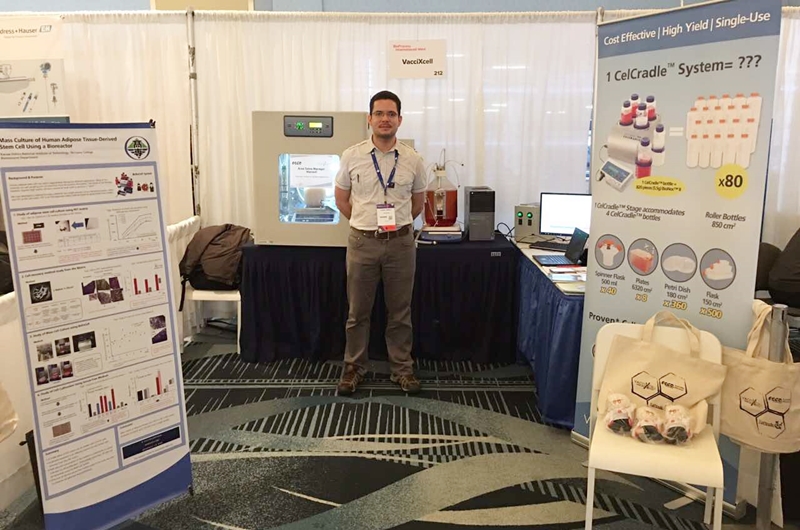 Esco VacciXcell joined the only phase-based event to break down silos for accelerating biologics from early stage process development to commercial manufacturing in the western United States!

Esco decided to showcase its Line of Biorreactors. Among the equipment displayed by Esco VacciXcell was TideCell.

The TideCell® Bioreactor System is the world's largest linearly scalable single-use bioreactor, from seed preparation to 5,000 liters with closed automated cell harvesting. It is the pilot/production scale system of VacciXcell's Tide Motion Bioreactors.

One of the main advantages of VacciXcell's Tide Motion Bioreactor system is that it features the same bioprocess method from seed preparation to production scale. This is essential as certain cell lines do not grow well when seed preparation is done in 2D culture then cultured in 3D.

See you next year!